In this guide we’re going to talk all about nap transitions, covering:

What is a nap transition?

A nap transition is when your baby drops a nap. The most common transitions we get asked about are when babies drop from three naps down to two, from two naps to one and then finally when young children drop their last nap and stop sleeping during the day. That last one tends to be the trickiest, not just on our little ones but on us parents too who may miss that time in the day to take a break or catch up on other jobs.

Once you have settled into a great routine with your baby it can feel nerve-wracking for it to change, but we don’t want to fear nap transitions. They are a natural part of our children growing and developing. Fewer naps to navigate can also make it easier to get out and about, attend classes and change the way we spend our days together.

What age do babies and toddlers drop a nap?

We are often asked ‘what age do babies drop to two naps’ or ‘how old will my baby be when they drop their morning nap’. There isn’t an exact age that each baby will drop a nap, each baby will develop at different multiple factors can contribute to when they are ready to go through a nap transition.

Length of naps, what time your baby goes to bed, what time they wake up in the morning and how long they sleep during the night can all impact on when they are ready for their day time routine to change. Some babies are able to happily stay awake for longer periods of time during the day and take fewer, longer naps earlier than others.

That said, there are common age groups when babies start to drop naps, settling into a two nap pattern between 6-9 months and then dropping the morning nap and taking one lunchtime nap between 10-15 months. Dropping the final nap can happen any time between around 2-4 years old. These are just general guides, if your baby or toddler is taking more or less naps than others but they are sleeping well and happy then there is no need to worry about making changes to their routine.

Signs that your child is ready to drop a nap.

There are some common signs to look for that your baby or toddler is ready to drop a nap.

The most commons sign can simply be that they just don’t settle for their nap anymore. They may boycott the nap completely or take much longer than usual to fall asleep. If they have routinely settled themselves to sleep for that nap previously, then a nap strike can be a clue that something might be a little bit out of balance.

The odd nap here and there that goes off track is normal. It isn’t unusual for sleep to be temporarily disrupted when going through phases of development but if you are seeing some of these signs happening for a few days or more in a row then a nap transition could be on the cards.

Waking up earlier than usual from a nap is another sign. Some babies settle well for a nap but take a shorter one that usual, indicating that nap is ready to be dropped from their routine.

The final common sign that a nap transition is needed is starting to wake up very early in the morning. There is only so much sleep that can happen in a 24 hour period, if they are ready for adjustments in their day time routine then night time sleep can be affected.

How to manage nap transitions.

If you are noticing signs that your baby or toddler is ready to drop a nap then it can be tempting to cut the nap out completely. But ideally we want to approach the transition more gradually, unless you’re sure they really don’t need it.

You can simply reduce the length of the nap that is being dropped by 5/10 minutes a day and see how your baby responds. You may find you also need to adjust the time of the next nap or bedtime temporarily while they adjust to their new routine.

Dropping day times naps completely can be a little trickier or take longer for some children. Some just won’t settle for their nap at all, or start taking it later and later which can make bedtime a little unpredictable. Others still take a long nap during the day but then find it harder to sleep at night or start to wake very early in the morning. As with the other nap transitions, you can gradually reduce the length of their nap and see how they respond. It isn’t unusual for some days to be nap free and then other days they need the nap again, it can take some time for them to consistently stop napping. It can be helpful to take some quiet time during the day, either reading some books, doing jigsaws or taking the chance for some cuddles on the sofa. It is a big adjustment to go all day without sleep, so if you need to bring bedtime forward a little on some days then follow their lead.

We know a change in routine can feel a little daunting at times, but don’t panic. As our babies and toddlers grow and develop it is natural for their sleep needs and routines to develop too.

If you would like to learn more about sleep and have guidance on how you can approach achieving a well-rested night’s sleep then check out our online courses.

Available from newborn to 4 years old, our courses are designed to help you learn how you can support your child to sleep better.

We share all the information you need to help you really understand your little one’s sleep and how to help them achieve more predictable naps and restful nights – all from your own computer, phone or tablet whenever it suits you. 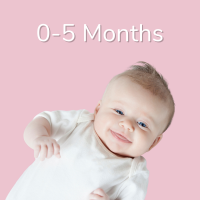 This course will teach you how you can work towards great sleep habits, without ‘sleep training.’ It provides gentle solutions for settling and works towards the end goal of a settled night’s sleep, whilst understanding and responding to your baby’s needs. 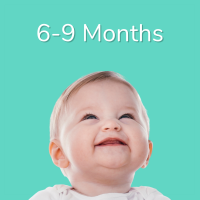 This course covers a range of topics including the science of sleep, sleep associations, creating a great sleep environment, a suggested daily routine and a choice of settling methods including how to make gradual changes. The course will lead you through step by step how to create your own sleep plan to support your baby to sleep in their own sleep space. 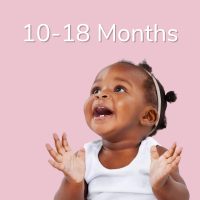 This course covers a range of topics including the science of sleep, sleep associations, creating a great sleep environment, a suggested daily routine, the transition from two naps to one and a choice of settling methods including how to make gradual changes. The course will lead you through step by step how to create your own sleep plan to support your baby to sleep in their own sleep space. 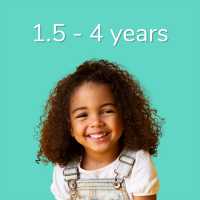 This course which covers a range of topics including the science of sleep, sleep associations, creating a great sleep environment, potential sleep disturbances in this age group, a suggested daily routine, the transition from cot to bed, dropping the daytime nap, early waking and a choice of settling methods including how to make gradual changes. The course will lead you through step by step how to create your own sleep plan.

"I thought the course was easy to follow. My 10 month old wouldn’t fall asleep unless rocked. It got to a point where she would wake when transferred into the cot and I would have to start the rocking process all over again. After a week of following this course she now falls asleep by herself within minutes without crying!"
"Have recommend this course to all our our friends it’s amazing! Our little boy has gone from multiple wake ups through the night and wouldn’t settle without being rocked, to sleeping 7-7. We are all getting more sleep and are so much happier! The course gave us the confidence to help our son self settle but not feel like we were leaving him to cry. Thank you so, so much!!!!"
"When I bought your course I was in a desperate place. My daughter had been a bad sleeper since birth but from 4 months had gone to waking every 45 mins and co sleeping. From night one of following your techniques we went from 8-10 wake ups a night to 1-2 in her own room. Thank you, you’ve given me my sanity and life back."
"The course was a game changer for us. Loved the videos and the confidence, I really felt like I could do it and I knew the time was right for us to make some changes. I found the daytime routine guide so helpful too as well as smaller things like the bedtime routine, the course goes into so much detail."
Previous
Next

Sign up for FREE sleep advice – our Top 5 Tips

This website uses cookies to improve your experience while you navigate through the website. Out of these cookies, the cookies that are categorized as necessary are stored on your browser as they are essential for the working of basic functionalities of the website. We also use third-party cookies that help us analyze and understand how you use this website. These cookies will be stored in your browser only with your consent. You also have the option to opt-out of these cookies. But opting out of some of these cookies may have an effect on your browsing experience.
Necessary Always Enabled
Necessary cookies are absolutely essential for the website to function properly. This category only includes cookies that ensures basic functionalities and security features of the website. These cookies do not store any personal information.
Non-necessary
Any cookies that may not be particularly necessary for the website to function and is used specifically to collect user personal data via analytics, ads, other embedded contents are termed as non-necessary cookies. It is mandatory to procure user consent prior to running these cookies on your website.
SAVE & ACCEPT